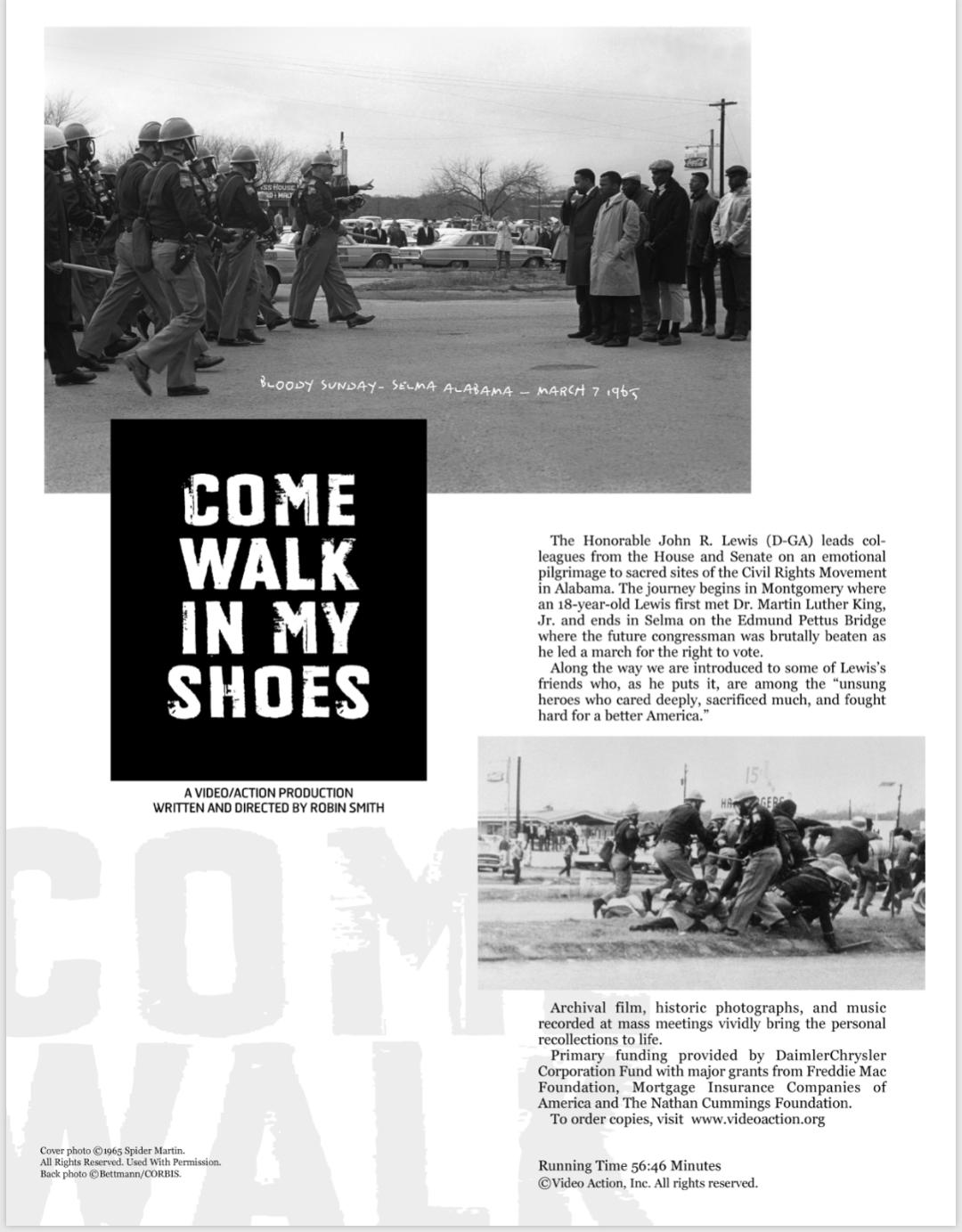 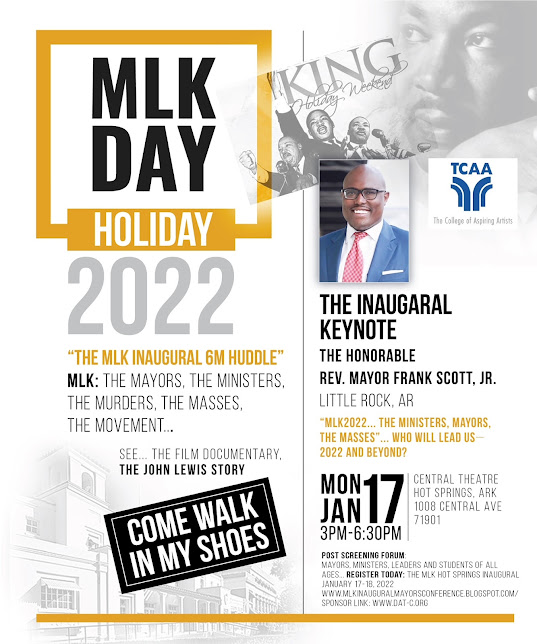 ‘MLK— The Mayors, The Ministers, The Murders, The Masses, The Movement’

THE SCREENING OF THE FILM DOCUMENTARY

COME WALK IN MY SHOES

YES! THE INAUGURAL: The MLK Holiday is too great a day not to uplift in the highest measure of honor and embrace. What better time to convene the leaders of cities across Arkansas than the first of the year? What better moment is set aside when leaders mobilize communities that are closed for the only Federal Holiday that honors a minister, a man of color who embodies the work and mission that the Arkansas Black Mayors Association stands for every day of the year? ABMA has a moment to convene this year and get ahead of many issues and concerns. We convene to strategize on this and more…

Ø  The Past Legislative Session

Presented in Part by The Arkansas Black Mayors Association

Ø Mayors and Leaders in the Movement—Fighting for the Masses

Ø “The My Movement Forum”

Led by the MLK Jr., Hot Springs Committee & Parade participants, The College of Aspiring Artists (30-years plus with Legacy Salutes to Rev. MLK), Central Theatre, and others are producing this 2-day conference. The two-day registration with hotel is under $200.00, and officially opens on Friday, January 7th.  The Official Hotel is the Hotel Hot Springs, located at 305 Malvern Ave., 71901, provides a rate of $99/night plus tax and includes breakfast. Registration for the two days is $79.  Add-ons include the MLK Post Screening Concert which and Reception is total of $89 for registration.

Sponsored in part by Josh Price for Secretary of State, Chris Jones for Governor and others who are signing on.

Tickets here can get your all your services for full registration if purchased by 4pm on January 14.

COME WALK IN MY SHOES

The short trailer (which is the opening title sequence to the film), Download here from the WeTransfer link: https://we.tl/t-3dstezKS77

Summary: The Honorable John R. Lewis (D-GA) leads colleagues from the U.S. Senate and the House of Representatives on an emotional pilgrimage to sacred sites of the Civil Rights Movement in Alabama. The journey begins in Montgomery where an 18-year-old Lewis first met Dr. Martin Luther King, Jr. and ends in Selma on the Edmund Pettus Bridge where the future congressman was brutally beaten as he led a march for the right to vote. Along the way we are introduced to some of Lewis's friends who, as he puts it, are among the "unsung heroes who cared deeply, sacrificed much, and fought hard for a better America."

The film was featured in 15 film festivals and a broadcast version, presented by WHUT, was distributed by APT (American Public Television) to public television stations across the country (2008-2012).

~THE OPENING EVENTS FROM THE HOT SPRINGS MLK COMMITTEE~

(See top section above for the details) 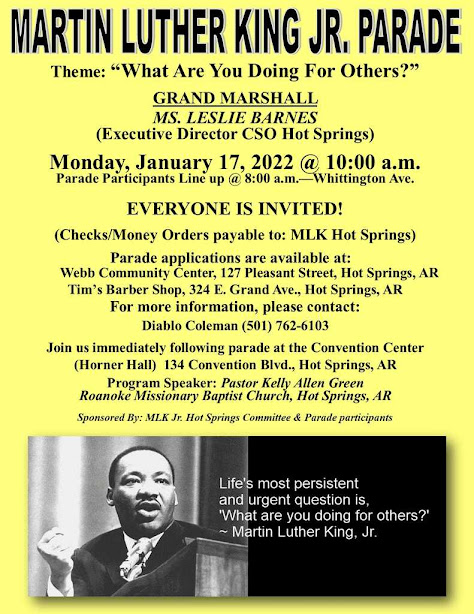 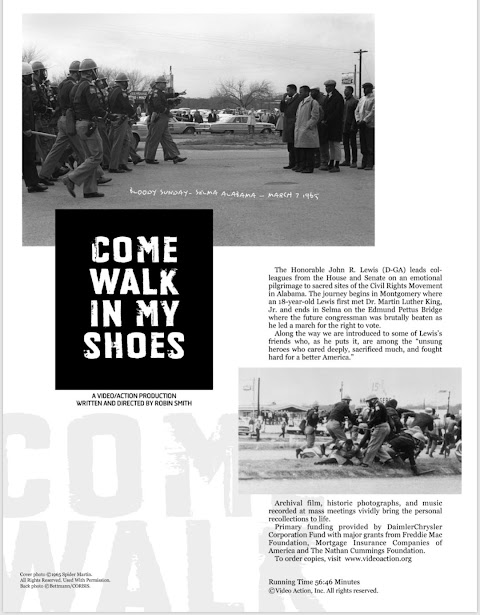